Black Powder game using TFP (Total Fighting Power) Games counters from ‘Clash of Empires’, Austro-Prussian War of 1866. The scenario was a cooperative game with each player leading a Prussian division of two infantry brigades and divisional cavalry, artillery and jager units. The Austrian forces were controlled by a combination of programmed responses, die rolls and free kriegspiel. 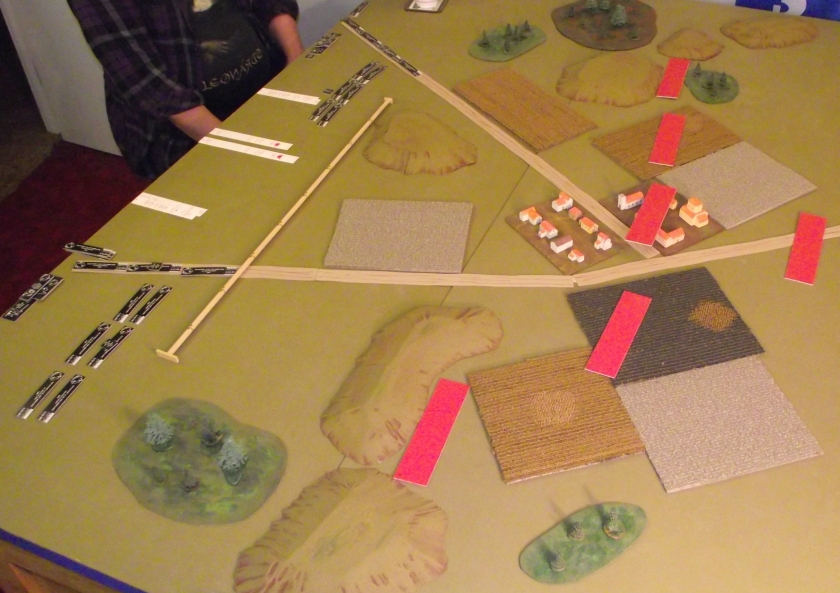